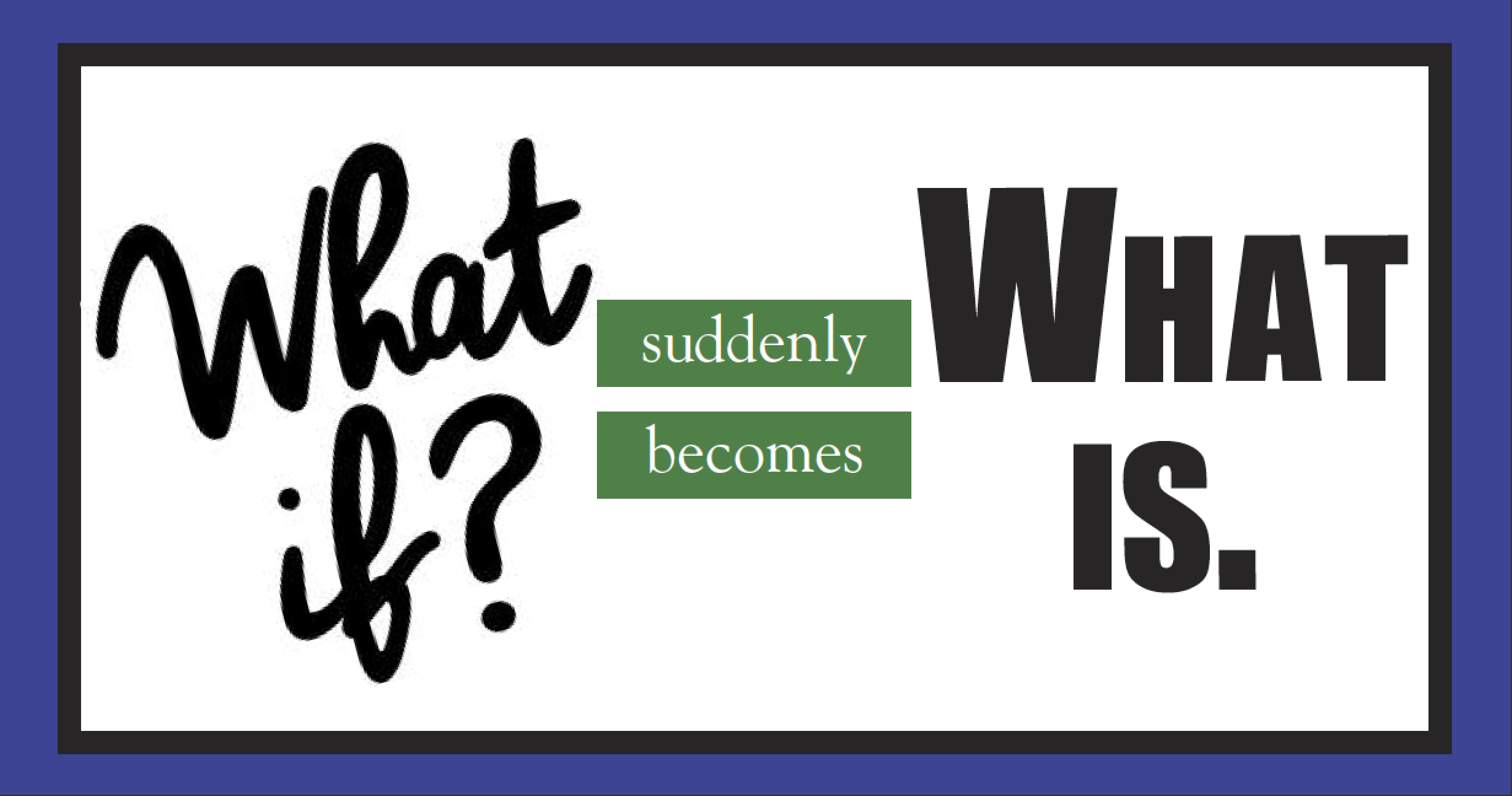 When What If Becomes What Is

If my doctor told me I had only six minutes to live,
I wouldn’t brood. I’d type a little faster.
—Isaac Asimov

The unthinkable happened last week. Okla Elliott, a Facebook friend, poet, writer, professor, champion of small presses, died at age 39 of a heart attack in his sleep. I posted that I was shocked and saddened. So did hundreds of others.

He didn’t see this coming; he had a new book about to be released, was teaching Russian literature, leading a group of renegade knitters, and had fingers in at least a dozen different pies.

I will miss his regular posts, from the intensely scholarly nature of his subject matter to his ruminations on Marvel Comic-based programs and the joy he derived from a pair of penguin pants.

His death hits home more closely given the “What If” mindset I’m trying to adopt this year. Without warning, What If? became What Is. Period. Were all Okla’s loose ends tied up? Probably not.

One thing we writers can and should tie up, is addressing the rights to our intellectual property. Neil Gaiman, in his smart, witty way, has something to say about that, plus a link to a simple will drawn up by a real attorney who understands that writers may be 1, lazy, 2, procrastinators, or 3, simply clueless. (http://journal.neilgaiman.com/2006/10/important-and-pass-it-on.html)

But back to Asimov, I wish I could type a little faster, but the truth is writing is often slow going for me. There are days when the words flow, but other days, the chapter or the scene or the sentence, or sometimes even the word just don’t spill from my pen. And I confess, in the midst of scribbling, I am frequently distracted by email, Facebook, and text messages.