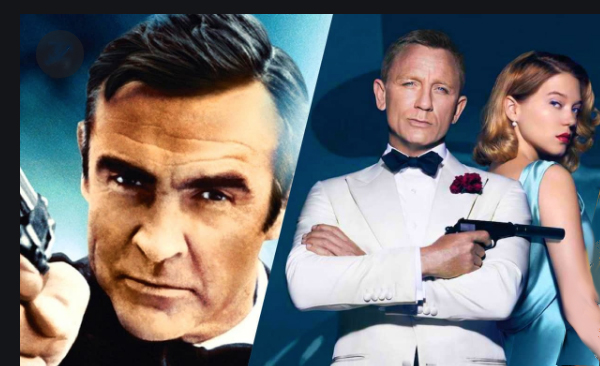 The term 20/20 used to mean perfect vision, as in no spectacles required. The year 2020 has been nothing but a spectacle. I’m not talking about the good kind, either, like when James Bond (à la Daniel Craig) opened London’s Olympic Games, leaping from a helicopter with the Queen and her corgis. No indeed.

Measuring 2020 on a Bond-scale, Universal/MGM has again delayed the release of Craig’s final Bond installment (No Time to Die) and this weekend we said good-bye to Sean Connery, the original James Bond.

That about sums up the year: Continuously delayed enjoyment on one hand, with farewells to too many good people on the other.

Personally, I’d say the year has had its ups and downs. Two days after the W.H.O. declared a global pandemic, my youngest, her studies abroad cut short, landed in Raleigh. I met her at the airport and we quarantined for two weeks in a Durham hotel. While binge-watching Tiger King and Andrew Cuomo’s press conferences, we watched the world shrink.

After the hotel gym closed, we burned calories (and carpet-burned our knees) working out in our room with @meggangrubb. We escaped for walks around Duke’s campus, waiting to see if spring would decide if 2020 was worth the effort.

We fashioned an ottoman from our suitcases, propped up our feet, and opened our laptops. One of us zoomed the semester’s final lectures; the other zipped up the first draft of a murder mystery.

Then, proving how much 2020 really sucks, the daughter turned twenty-one with her two-drinks-and-I’m-snoring-mom instead of her way-more-fun-pals in a Galway pub.

More than seven months into this pandemic and most of us are still in lockdown. Time fluctuates between moving too slowly or, I swear, not at all. @TommyTomlinson, master of metaphor, said it best, writing, “The calendar is a Dali painting.” If 2020 isn’t the very definition of a bizarre, melting mixture of fact and fabrication, I don’t know what is. (Sign up for his fab newsletter here: https://tommytomlinson.us18.list-manage.com/subscribe?u=60991c31f459d14212826f118&id=cd0571872c )

Tiger King in the rearview, I’ve staved off the “Quarantine 15” by watching Alone. Wolfing down a 16-inch pepperoni and mushroom with extra cheese, while the participants gnaw on pine bark and frozen mice, I don’t know, just feels wrong.

We tried watching some old Bond films; they haven’t aged all that well. But there is this trailer for the (eventual) new release. 2020 has left us shaken and stirred; it’s taken a lot from us, but the good guys are still out there. We just have to be patient. https://www.youtube.com/watch?v=vw2FOYjCz38