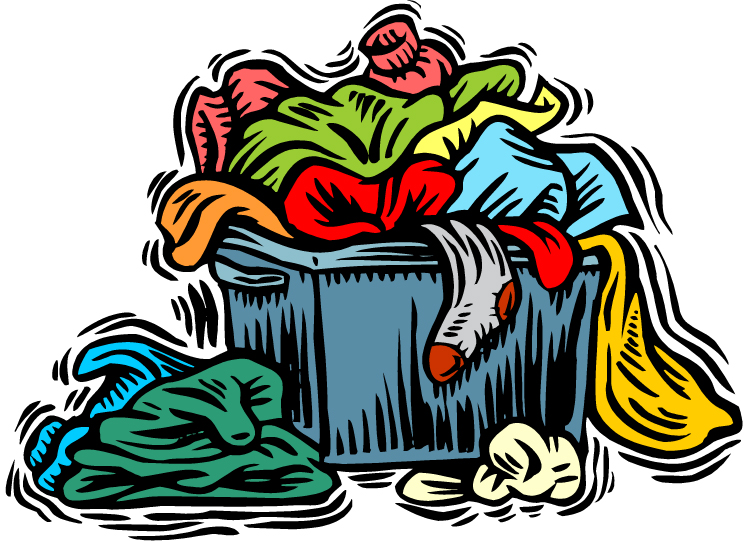 Mid-May, after a week of torrential downpours, it rained inside my house. Our 12-year-old washer flooded the kitchen, not once but twice; the second time after following the instructions of the 1-800-SAMSUNG trouble-shooter. A few days later, an in-person repairman told us it was a broken spider arm, or, in layman’s terms: time for a new washing machine.

I viewed this as a green light for a long overdue laundry room update. The resident handyman, my husband, argued, and rightfully so, that we (meaning he) already had a project list the length of, if not the Nile, at least the Mississippi. In plain English: HE WAS NOT GOING TO DO IT.

Knowing that if we didn’t tackle it then, we never would, I volunteered to do it myself. Technically, it was a laundry closet, not even a real room—how hard could it be? The project would take, at most, a week.

Day #1 was for planning, i.e., pining over Pinterest, consulting consumer reviews, and choosing tile and paint and new appliances. Yes, appliances plural, because forgoing a new dryer at this juncture would be like wearing mismatched socks, a style choice that I, unlike my kids, have never thought was cool.

On the subject of mismatched socks, I totally expected to find some on Day #2: Demo Day, the day it became clear I have absolutely nothing in common with Chip Gaines. Ripping out linoleum with a crowbar ranks right up there with eating lima beans. I found no missing socks, only generations of dust bunnies, one dime, and two pennies, an average of 1¢ per annum in laundry room profits.

Day #3, Intro to Power Tools, was spent drilling wire shelf supports out of the walls and drilling cement screws into the new subfloor. When I was done, the room had so many holes, Paul Bunyan asked if he could use it to drain his spaghetti. Time for a quick run to the hardware store where they sold me some goop the color of Bazooka bubble gum, guaranteed to dry white as the cliffs of Dover.

On the drive home, the whole project came to an abrupt halt.

You probably knew about the scheduled protests; most likely you marched.

I, however, was caught off guard. Police in day-glo vests were placing barricades along Main Street while my car idled next to a mobile electronic billboard that said, “All we ask is wear a mask.” Hundreds had gathered on the town square; people were pushing strollers, pulling wagons, carrying signs—all homemade—mostly pieces of cardboard scribbled with Sharpie markers. The energy was contagious.

Once home, I tore the lid off a box, scribbled a quick BLM, and raced back on foot. By the time I returned, only a handful of people remained and they explained that most of the demonstrators were marching through town. A Black woman invited me to join her and her two sons, one almost a teen, the other about seven or eight. The sun was high, the temperatures in the 80s. Even in the shade, sweat collected behind my mask and rolled down my cheeks.

The woman said, “People can tell when you’re smiling, even behind a mask.” I stood next to her and her boys on the corner, smiling, and sure enough, drivers honked and waved as they passed. Some raised fists in solidarity or flashed a thumbs up.

A family of four joined us. The mother, standing to my right, tried to keep her two children close, saying over and over, “Quédate aquí.” Her sign: MEXICANS 4 BLACKS; her little girl’s said: Brown = White.

And then it wasn’t only sweat dripping behind my mask.

More people arrived. Standing mute, holding hastily made signs, 12-20-40-60 of us—from pre-schoolers to retirees—stood united in one simple belief crafted 200+ years ago, yet still waiting to be realized.

I returned home and stuck wads of pink spackle into the sieve of my laundry closet. It dried white as promised and I sanded it (mostly) smooth. Drywall dust drifted into the rest of the house, covering everything in a white film.

The Scariest Part, Day #4, meant powering up tools I was terrified to use. The wet saw and I never saw eye to eye; cutting tile was a disaster. I couldn’t do it and I wanted to quit. Who’s idea was this laundry room make-over anyway?

I had to ask for help. The resident handyman took pity on me and took a break from his to do list to cut the tile. And man oh man, I’d already created a mess, but laying the tile made it ten times worse.

Dirty laundry was piling up. My neighbor said I could use her washer and dryer, but rather than carry a basket of dirty underwear across the street, I went to T.J. Maxx and bought us all more.

Impatient to be done, I encountered one delay after another. Who knew you had to wait 24 hours between laying tile and grouting it? The guys sent to remove the old washer and dryer couldn’t get them down the stairs. The new appliances were back-ordered.

My “little” project—like this year—turned out to be time-consuming, chaotic and costly.

We’re still in the throes of a global pandemic, experiencing record unemployment and financial uncertainty. This year, we’ve been ravaged by floods, fires, and more hurricanes than we have letters in the alphabet. We’re still processing the aftermath of a contentious election.

Many of us feel we’ve reached our limit. Like my husband when it came to the leaky laundry room, we acknowledge the problems, but would prefer to deal with them later.

We can’t bear to look at another demonstration or listen to another debate over statues that claim to commemorate heroes; we’ve become numb to the fact that 70 people have died in law enforcement custody over the last decade—all after saying, “I can’t breathe.”

If we delay dealing with these issues until we’re all back at work, when our portfolios have recovered, or after we’re all vaccinated—if we wait until we’re comfortable, I fear we’ll never do it.

Around Day #27 or #42, the laundry room project, though far from perfect, was finally done. Without a doubt, I bit off more than I could chew. I had to swallow my pride and ask for help. It took far more time than I’d anticipated, wreaked havoc, and, no surprise, was extremely costly. But totally worth it.

Repairs always take longer and create more mess than we ever imagine. Fixing things can be frightening, not to mention expensive. Embarrassingly, dirty laundry gets aired.

We can’t do it alone.

Maybe, it’s up to those of us less experienced, less savvy, to jump into the breach and at least get things started.