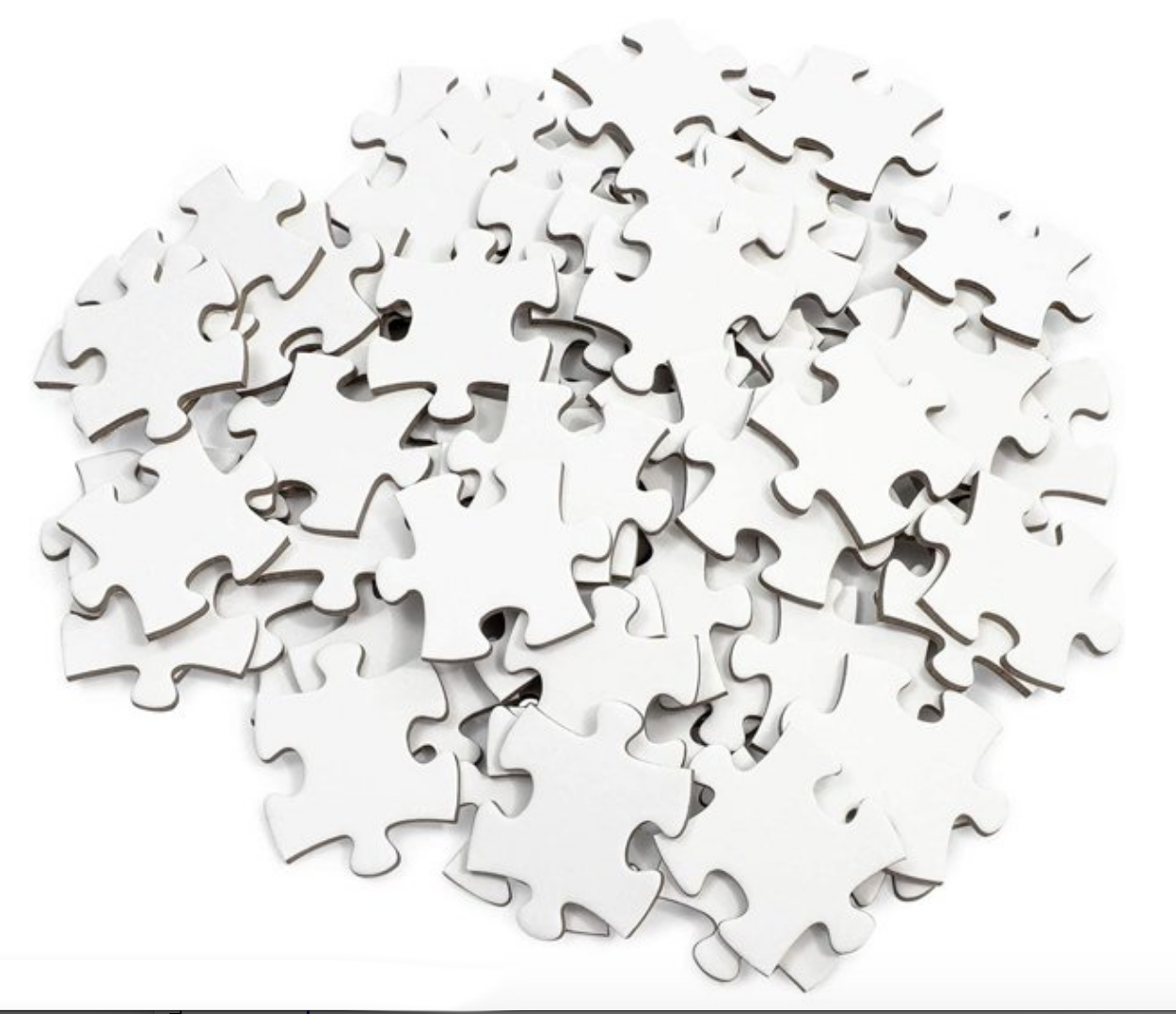 Writing today is like putting together a jigsaw puzzle when all the pieces are white. And let me tell you, they are not pre-sorted as my mother (keeper of puzzles in her senior living center) demands, the frame pieces separated in a plastic baggie to make assembly more efficient.

Working with pre-sorted elements, writing to a “pre-scribed” formula, would result, I fear, in an all too predictable story. I claim to love the thrill of “pantsing”—of working without a net—when in reality, I’m scared to be caught cheating, of taking the easy way out.

Several years ago, I got the notion of writing a book about Creative Writing MFA programs. The first attempt was me jamming together pieces—characters, scenes, anecdotes from my experiences as both student and professor—and the result was an uneven, lumpy mess. So I shoved everything in a box labeled: Devil’s Workshop, and turned my attention elsewhere. Late last year, I pulled that box back out, dumped part of it on my desk, and began to reassemble it. I thought I had the framework, but realized pretty soon I’d left too much of “the edge” in the box. The puzzle was bigger than I realized.

I left my desk and spread the work in progress across my bed. Poe, my cat, joined me, scattering post-it notes and shredding scraps and scribbles. (Really, he chews paper.)

The puzzle was hopelessly jumbled now, pieces lost. (I’m not saying it’s all Poe’s fault.) Frustrated, I played around with what remained, and impatient, I tried coloring in the bits I had successfully fit together. But it was a disaster in the making, a mass of garish, gaping holes.

Searching for the missing pieces, I found some in dreams, some while staring out at the dreary winter landscape, others in conversation with a former classmate and later by interviewing one of my professors. I added these new pieces to the pile, hoping they’d sort themselves out. They didn’t.

They just sat there, expecting me to make this puzzle work.

I tell myself I am not the creator of this puzzle, I am merely putting it together. Believing this, I can abandon daily word counts and resist the urge to set page goals. Would you count the number of puzzle pieces before assembling? (Really?) The number of pieces is pre-ordained; how they interlock is also. It’s going to be what it’s going to be.

At first, I tried adding color as I fit the blank pieces together, but too often I got it wrong and had to white out everything. The picture promised by the title slowly comes to the fore, like a reverse fade—the color was there all along, impregnated in the seemingly bland, white surface. It doesn’t appear, however, until it’s ready.

It happens by sleight of hand—my hand moving across the page, and then the keyboard, conjuring places, summoning dialogue, breathing life into characters I didn’t program into a writer’s GPS, aka an outline.

Part of the writer’s journey is trusting that you’ll arrive at the right destination. I’m here to tell you traveling without directions is sometimes scary and almost always pretty damn lonely, but there are signposts along the way: the serendipity of tuning in to a broadcast that relates exactly how someone reacts to unexpected tragedy, unearthing an old free write about the angst of critique. In these, the missing pieces appear. They don’t exactly fall into place, but they do show up.