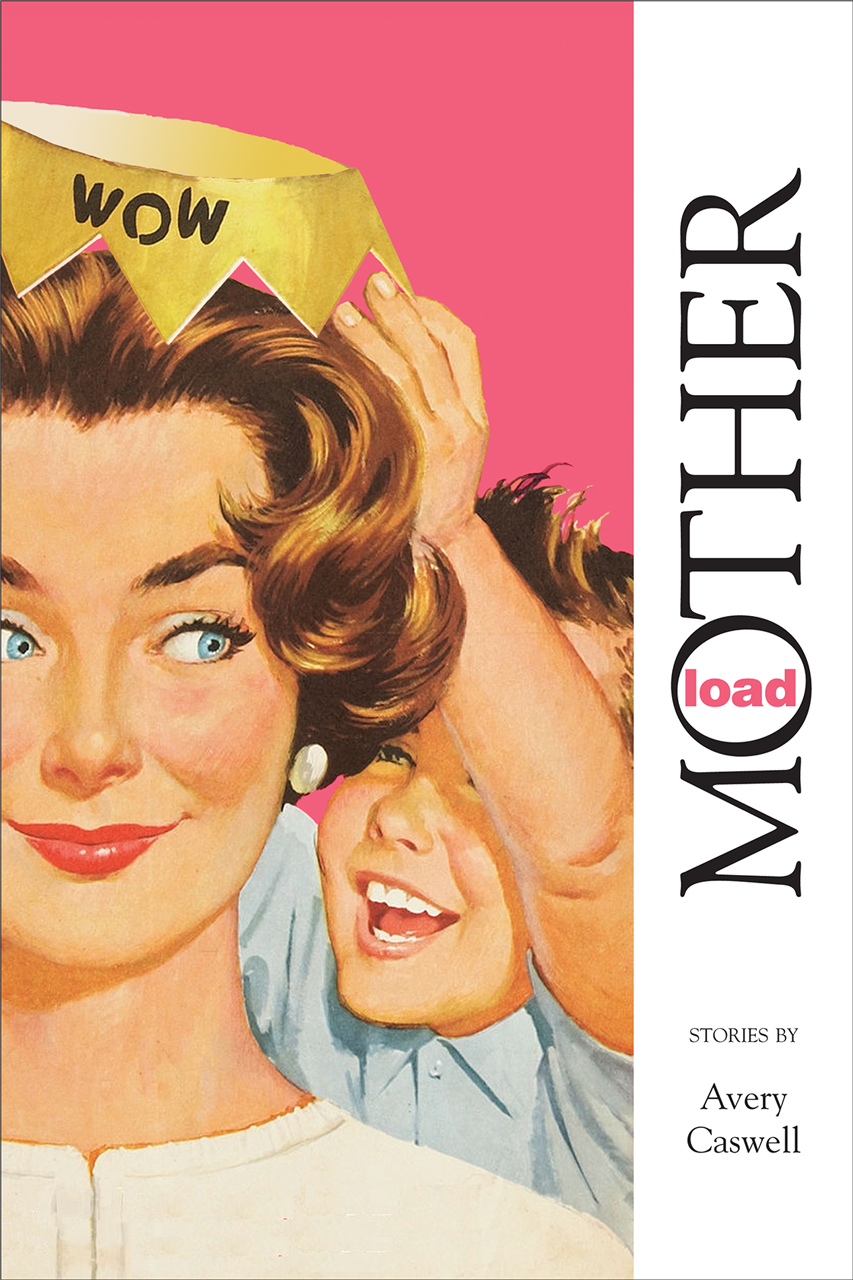 The desperate, the pure-at-heart, the charmingly manipulative, the wise, the deluded— mothers and children of many stripes populate this collection of stories by Avery Caswell.

In “Irish Twins & Thoughts of Suicide,” Marann, a young artist down to her last three dollars, knows she can either fall into the abyss, or venture forth like a tightrope walker, while in “64 With a Sharpener” ten-year-old Frances, in her thin-soled Keds, is aware already of how much better the world looks at a distance. A military school cadet cons his mother in a series of text messages, only to discover he’s been conned himself. And in “Guinea Pepper” Maggie remembers her Gullah grandmother Pasqueline describing a summer sky, “so still, like a body, a kuwfa, with no more breath left in its bones.”

The voices that usher us through Avery Caswell’s elegantly biting and wonderfully written collection of stories, MotherLoad, put me in mind of John Cheever: characters plagued with endearing ennui, and chic self-destructive urges. Their salvation, however, is cynicism and a fabulously dry sense of humor. The language in these stories is immaculate, playful, often mugging with the wit and kick of Dorothy Parker and Lilian Hellman. And, yes, these stories are loaded with mothers – yours and mine – evoked with confusion and paradox, harrowing truth and indisputable love: elegies, praise-songs, lambasts. This is convincingly good writing.

—Joseph Bathanti, author of The Life of the World to Come: A Novel and North Carolina Poet Laureate (2012–2014)

MotherLoad is a marvel, packed with richly drawn and often haunting characters. Caswell writes with gorgeous precision in an astonishing range of voices and styles, all shot through with a wonderfully wry sense of humor. From the terrifying Mother Franklin to the tough, broken narrator of “Irish Twins & Thoughts of Suicide,” Caswell’s characters deepen our sense of what it is to be human.

Avery Caswell’s stories deeply inhabit their worlds. Inside these story-worlds, Caswell’s characters get under the skin and dance. I left Caswell’s world aching but aware, always, of the possibility of magic. Lightning streaks in from the west. Rain sets in. The stories in MotherLoad remind us of wind and moonlight and possibility.

—Karen Salyer McElmurray, author of The Motel of the Stars: A Novel

Caswell is such a gifted sentence-level writer. For instance, in “Guinea Pepper,” she describes the seasons: “Summer that year had refused to drop away and the line between it and autumn blurred, congealed like old jam. Too much of a good thing, past its prime.” When that gift is put to good use, as in the impressive closing story, “Salvation,”the results are striking.