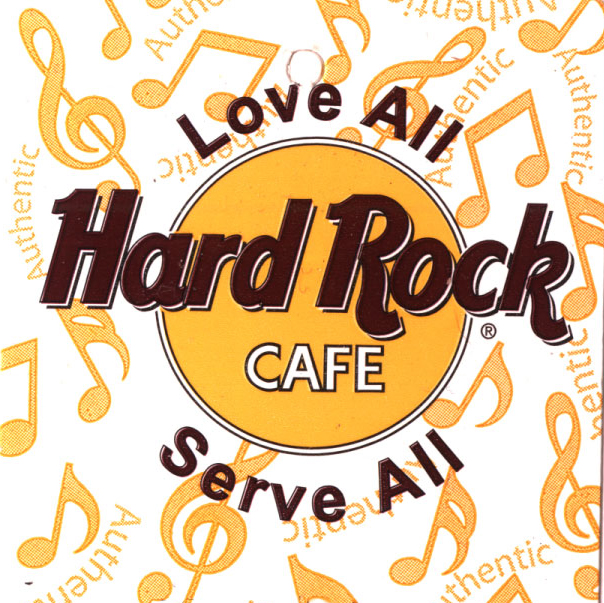 In today’s polarized climate (yes, it is really cold here, but I mean this in the “extremely opposed” sense) we are a nation divided, firmly in one camp and definitely not the other.

Super Bowl 50 fallout — Beyoncé fans vs. Beyoncé haters; Cam fans vs. Cam haters; Denver vs. Charlotte in the canned food drive, with Myers Park Methodists boasting that they crushed the competition, glossing over the real winners, hungry people who will hopefully soon have something to eat.

Democrats vs. Republicans; and if that weren’t enough, among Democrats it’s Feel the Bern vs. I’m with Her.

Black vs. White — more than a half century after the Civil Rights Act passed, across the country people feel compelled to proclaim, “Black Lives Matter” when surely by now we need to accept that as a given; every life should matter. Here at home, the Charlotte Mecklenburg School Board stalls in a racially divided stalemate.

So I propose adopting the Hard Rock Café slogan:
Love All, Serve All

LOVE
Plato and Socrates declared, “Love is a serious mental disease.” The Cambridge Dictionary defines love as “liking another ​adult very much and being ​romantically and ​sexually ​attracted.” The Urban Dictionary, on the other hand, defines love as “nature’s way of tricking people into reproducing.” And don’t forget love, in tennis terms, means zero, with “love all,“ signifying a game where no one yet has an advantage and everyone remains equal.

Ancient Greeks broke love into four levels: Agape, Eros, Phileo and Storge. Preachers love to talk about Agape love, the type of love that is all about sacrifice; giving and expecting nothing in return. Maybe we’re not quite ready for that sacrificing stuff, but cultivating a little more Phileo love, where we just desire friendship with someone, might be just the ticket, especially if we seek a less predictable friendship, and get to know someone a little different.

If you google unlikely friendships, the search turns up mostly odd animal pairings: a monkey and a rabbit, an otter and a kitten, a kangaroo and wombat. Dig a little deeper to discover Jack Bolton, a young boy suffering from a degenerative muscle disease and confined to a wheel chair, who in 2013, became Carolina Panthers’ coach for a day through the Make A Wish Foundation. According to Bryan Strickland of the Charlotte Observer, “By the end of practice, Bolton had become so popular that his favorite player, quarterback Cam Newton, knelt down and asked Bolton for his autograph.” Jack remained a source of inspiration long after his one-day coaching contract expired. Panthers’ defensive tackle Kyle Love made it possible for Jack and his dad to attend the championship game this year and Riley Fields, the Panthers’ community relations director, got them to the Super Bowl last Sunday. Phileo love in action: a boy with a muscle wasting disease and a team of muscle men.

SERVE
In its verb form, serve means performing duties or services for another, it also means (appropriate for Hard Rock Café) to present food or drink. Serve can also serve as a noun, again with a tennis connection, meaning putting the ball into motion.

There’s a meme contrasting Michigan’s Governor Snyder with the Panther’s Cam Newton (both refusing to say much to the press). The better Flint, MI story is about the 300 plumbers who installed new faucets and water filters for free in Flint, MI. Though the state had provided filters, many residents’ existing faucets were too old to accommodate them. The effort was coordinated by the United Association of Journeymen and Apprentices of the Plumbing and Pipe Fitting Industry (UA), and the fixtures were donated by Plumbing Manufacturers International. Even though these efforts didn’t solve the problem — the filters can safely remove up to 150 parts per billion of lead, but some Flint homes have lead levels of more than 4,000 parts per billion — they certainly helped. In addition, Beyoncé has started a fund to aid the Flint water crisis, pledging portions of her Formation tour to the relief fund. Way to serve some drinks!

This February, when we celebrate Valentine’s Day, a celebration of love, and begin Lent, a season of soul-searching and rededication, why not put the Hard Rock slogan into practice: go crazy, put some balls in motion, “Serve All” and hope the score ends in “Love All.”